Should auld aquaintance be forgot...

1) Be aware - understand where you are and what you are doing at all times and take control (easier said than done)
2) Be organized - not just with calendars and task lists, but in all areas of life
3) Be alive - don't forget to take time for yourself to live the life you want
4) Be kind - to those you know and those you meet
5) Be inquisitive - always ask questions, never stop learning
6) Be patient - all good things take time
7) Be appreciative - never forget all you have
8) Be frugal - not cheap, but efficient and wise with all resources
9) Be forthright - always understand your situation and never fear honesty with peers
10) Be

Different type of list than years past. I guess I get more serious about this stuff as I get older. Happy New Year!
Posted by Living Composer of the Month at 7:48 AM 1 comment:

Reading over the break

While PMAC is closed for holiday break, I've been doing some catching up on my reading. As you can see in my Shelfari bookshelf (in my sidebar), I've been working on Alex Ross' "The Rest is Noise" for some time. I had actually put the book down for a bit and just picked it up again last week. I chose to start from the beginning again, and this time I've been following up my reading with listening to the audio examples Ross has provided on his website www.therestisnoise.com. I am familiar with much of the music from my years at Peabody and the University of Chicago (and Boston Conservatory, though I didn't listen so much as practice and compose constantly in those days), as well as through my own personal listening and concert-going, but it has been refreshing to go back and skip around from piece to piece, following Ross' perspective. I highly recommend this book for any music lover, especially those who don't "get" the music of the 20th century ("classical" concert music, not pop or jazz). The audio guide at the website makes the read that much better. It is amazing to put new technology to good educational use. The many publishers and labels that gave permission for the posting of excerpts should be commended, and hopefully they will see an increase in interest for this amazing music.
Posted by Living Composer of the Month at 10:57 PM No comments:

Jazz has lost another of its great icons. For more, read here. 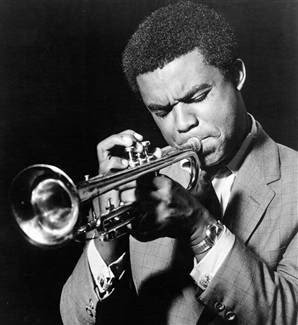 Posted by Living Composer of the Month at 8:35 PM No comments:

As is tradition on this blog, I now give you the top ten concerts that I attended in 2008. It was a particularly good year for me, having seen and heard several of my favorite musicians for the first time (The Fiery Furnaces, Ben Folds, The Fringe, Radiohead, Masada). I am also happy to have frequented many of my favorite venues for live music - The Music Hall, The Press Room, The Space and Jordan Hall. Additionally, my sons find themselves at number 10 this year, off to an auspicious start - though I am their dad, so it would be hard to leave them off my top ten! It was a very good year.

10. Rush, Verizon Wireless Arena, Manchester, NH - and - The Poo Poo Platters, The Stratham Fair, Stratham, NH
I grouped these two events together because they were both special to our family. Rush was the first major rock concert we brought our two sons to (ages 9 and 11 at the time) and, of course, our two sons make up the duo known to the world as The Poo Poo Platters. Their August show at The Stratham Fair was nearly an hour long, a significant accomplishment for musicians their age. Check out a video clip from that show, an original tune titled Splat, here.

9. The NEC Jazz Big Band plays the Music of Charles Mingus, Jordan Hall, Boston, MA
Katie and I drove to Boston earlier this month to catch Nate Therrien, who teaches bass at PMAC, in this group. A rare opporunity to hear the music of Mingus in its large-scale glory, this group of student musicians (though they are all essentially at a professional level, many having played professionally for some time) brought the house down. Bravo!

8. The Fringe, The Press Room, Portsmouth, NH
Saxophonist George Garzone, bassist John Lockwood, and drummer Bob Gullotti make up this "free jazz" trio. An ensemble that explores timbre with the utmost intensity. Hearing them in the intimate setting of The Press Room was pure joy.

7. Ben Folds, The Orpheum, Boston, MA
A quirky show in which Folds spent 75 minutes playing music exclusively from his latest recording The Way to Normal, followed by four popular tunes as encores. Way too short, giving true meaning to "leaving them wanting more."

6. Joshua Bell, The Music Hall, Portsmouth, NH
In top form, Bell wowed the audience with repertoire from Tartini to Prokofiev. It was wonderful to hear such gorgeous, unamplified chamber music in the acoustically magical Music Hall. Accompanied by Jeremy Denk, this was one of the few classical concerts I attended this year - and I'm still not sure why classical music was not a priority for me. I'll need to fix that in 2009!

5. John Zorn and Masada, The Institue of Contemporary Art, Boston, MA
Tickets to this show were a gift from Katie and it quickly became one of the best gifts I've ever received when we arrived at the venue to discover that not only would the music of Zorn be performed by a wonderful classical duo (as was advertised) but that Zorn's amazing quartet, Masada, would perform that evening as well. The last minute change in program had to do with a world premiere that was not yet ready for performance, but the end result was that I got to hear one of my favorite bands for the first time. Zorn's alto playing in Masada is unique in the most amazing way. What a joy.

4. World Inferno Friendship Society, The Space, Portland, ME
As soon as we heard Brian Viglione had joined this amazing lineup, we were determined to go see this band. Amazing punk cabaret with full horn section, it was a great show. Can't wait to see them again.

3. The Fiery Furnaces, The Space, Portland, ME
In late 2007 I discovered this amazing band and they quickly became one of my favorites. I was thrilled to get the opportunity to head up to Portland last January with Katie, Anna and Jose to catch these guys. Amazing show. All I can say is that I was blown away.

2.Amanda Palmer with The Boston Pops, Symphony Hall, Boston, MA - and - Amanda Palmer, The Paradise, Boston, MA
While last year was "The Year of the Dresden Dolls", this year Amanda Palmer struck out on her own with her first solo release, Who Killed Amanda Palmer? In June she launched her world tour with two nights at Symphony Hall as a part of the Boston Pops' Edgefest. Keith Lockhart's direction was true to Amanda's theatrical nature and Brian Viglione made a wonderful guest appearance to sing "What A Wonderful World" and the Dolls anthem "Sing". Then, in November, Amanda was back in Boston, this time in her more usual setting at The Paradise. Performing with Australia's Danger Ensemble, an experimental theater troupe, Amanda was in top form. It was wonderful to finally see her twice post-vocal chord surgery. Can't wait for the next show.

1. Radiohead, The Tweeter Center, Mansfield, MA
Finally, Katie and I caught Radiohead last August. We LOVE them! And the show did not disappoint. In fact, we were happily surprised when they devoted a significant amount of the show to playing tune from one of our favorite albums, Kid A. With a light show that blew away anything we've seen and the best sound of any rock concert I've ever attended, this had to make the top of my list.

Honorable Mention: True Colors Tour, year two, with Cyndi Lauper, The B-52s, Regina Spektor, The Clicks, Rosie O'Donnell and more, Bank of America Pavillion, Boston, MA
We went to this show specifically to see Regina Spektor and she was amazing. The only problem was that she performed early on in the evening at the festival event, so the audience was less than great. Basically, everyone was there to dance to Cyndi Lauper and The B-52s and the subtlety of Spektor's one-woman show was lost on most of the crowd. It was our first time seeing 80's icons The B-52s and they were the did not let down - the party band of the century. Not sure if it will become an annual trek, but Cyndi Lauper is doing a wonderful thing for the Human Rights Campaign and we were proud to be there again.

Here's to another amazing year of music in 2009!
Posted by Living Composer of the Month at 9:25 AM No comments: