A thought-provoking blog post about the late Oscar Peterson by Boston Globe music critic Matthew Guerrieri can be read here.
Posted by Living Composer of the Month at 3:42 PM 1 comment:

To continue tradition, I post selections from my new year's resolutions for the third year running. Some I do better at than others, but, hey, you gotta start somewhere.

The past year has been a relatively good one. But you can always do better. In fact, I ran into a friend at the grocery store this afternoon who said her new year's resolution for 2008 is "to be better." I'll be a little more specific.

In 2007 I succeeded in writing in keeping the blog going. I actually wrote a lot (for me) this year. Resolution #2008-22 is to take more photographs to include on the blog - so keep an eye out for those.

Like most every American, I do resolve to loose weight (#2008-6), and I'm trying to do it in a healthy and permenant way. But nothing can beat #2008-1, which is why it tops the list. Be kind to people. I always make an effort to be kind to everyone I come in contact with (and even those I don't), but I think the world deserves a little extra effort from all of us these days. I hope you will consider that resolution too.

Peace out.
Posted by Living Composer of the Month at 3:37 PM No comments:

...from one year to the next. Happy New Year! 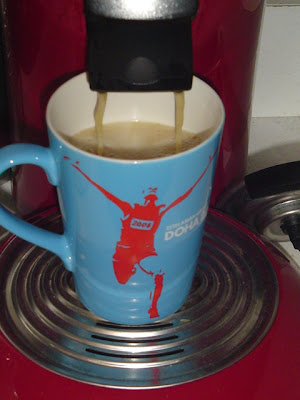 Posted by Living Composer of the Month at 3:34 PM No comments: