2010 was a great year for live music - if you are interested in smaller theaters and independent artists. For big acts it was a year to forget, with ticket sales down and and the industry's unsustainable practices finally catching up with them. Here are the concerts that highlighted my year - I fell in love with music all over again at each one. I post them here to celebrate the amazing work of these musicians and to encourage YOU to get out there and hear live music. There is an amazing scene out there right now if you know where to look.


10) ftet, the "Chris Klaxton farewell show" at The Press Room, Portsmouth, NH - This fall the Portsmouth music scene lost one of its budding icons to a Masters Degree program in Miami. Chris Klaxton had become such an integral part of our local music that his departure was met with disbelief as well as a cover story in Spotlight Magazine. Keeping my fingers crossed that he gets that degree finished quickly and comes home, but wishing him much success wherever he lands. Mike Effenberger's ftet featured Klaxton on trumpet, Matt Langley on sax, Jim Rudolf on drums and Effenberger on organ. A great jazz combo playing tunes from the newest American songbook - Radiohead, Pink Floyd, Nirvana and more.

9) The Monterrey Jazz All-Stars featuring Regina Carter, Kurt Elling and Russell Malone at The Music Hall, Portsmouth, NH - The Music Hall continues to be a focal point in Portsmouth by bringing amazing artists to town week after week and 2010 was no exception. A highlight of the evening was when most of the band left the stage to let Regina Carter and Russell Malone do their thing. Playful, joyous, and communicative on so many levels.

8) fiveighthirteen with The Attic Bits at The Barley Pub, Dover, NH - The trio of Phaneuf, Effenberger and Walsh delivered a stellar performance of their long awaited release, GLACIAL, which was no surprise. What was unexpected was the amazingly creative 8-bit sounds of The Attic Bits. I never thought I could enjoy the sounds of a vintage Gameboy so thoroughly. 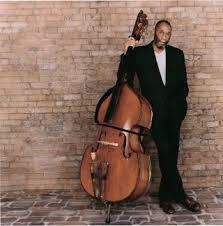 7) Ron Carter with Russell Malone at The Blue Note, NYC - Our first time at The Blue Note, with the legendary Ron Carter leading the drumless trio. Mulgrew Miller was supposed to be on the bill, but for some reason was replaced by Renee Rosnes. Short set, but oh so sweet. They performed the best rendition of My Funny Valentine I've ever heard. Anyone who can make that tune sound new blows my mind.

6) Herbie Hancock at The Music Hall, Portsmouth, NH - With Vinnie Colaiuta on drums and Tal Wilkenfeld on bass, this was one great show.

5) Buika at The Music Hall, Portsmouth, NH - Ever go to a show not knowing anything about the artist? And then they floor you? That sums it up. Great band, amazing singing by Buika whose distinctive voice and style capture you from the first note. Jazzy, bluesy and lots of soul. Another reason to love The Music Hall.

4) Dan Blakeslee, Tatnic Tales CD Release Party at The Press Room, Portsmouth, NH - Tatnic Tales is without a doubt one of the jewels of 2010. And a fantastic live show bringing it to life with Dan, Nick Phaneuf on bass and Jim Rudolf on drums.

3) David Binney with Brian Blade at Joe's Pub, NYC - Indie jazz? That's the scene these guys are making. We were up close an personal at this show...so close I could reach out and touch Binney, though that would've been creepy. Blade stole the show, which was hard to do since the whole band was on fire. Great, great jazz, but another case of NYC shows being way too short. Can't wait to catch Binney again. We'll be seeing Blade again in just a few months with Wayne Shorter. Looking forward to that. 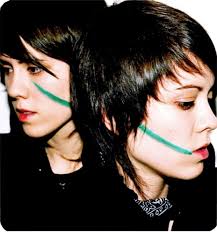 2) Tegan and Sara at The Orpheum, Boston - I've been in love with their music since I first heard The Con in 2007. Sainthood continues in that tradition and the show, before about 3,000 adoring fans, was remarkably intimate. Especially considering their electronic, 80's style songwriting. So many musicians could learn a lot about connecting with an audience from these two.

1) The Dresden Dolls 10th Anniversary Reunion Show, night one, at The Wilbur Theatre, Boston - And speaking of connection with the audience, Amanda Palmer and Brian Viglione are the masters of rock intimacy. The first night of their 2-night reunion show in Boston featured a complete performance of thier first studio release, the self-titled Dresden Dolls as well as some great covers and songs from their other two albums. We went to both shows, but night one stood out as being quite remarkable. Not much else I could say that I haven't already said about the wonder duo. Could a new album be in their future. Let's hold hands and pray...please!


Jerry Bergonzi and Phil Grenadier with the Ryan Parker Trio at The Press Room, Portsmouth, NH


Rush at Mohegan Sun, Uncasville, CT
Posted by Living Composer of the Month at 2:08 PM No comments: